Today’s post includes an interview with two special guests, Brandan and Izaak, discussing their Amazon business journey. Last month, they managed to increase Amazon sales to over £42,000. Brandan and Izaak’s growth is an incredible story and source of inspiration for others. If you take massive action on Amazon you can really become successful.

Check out the interview below.

At the minute, for all of you familiar with online arbitrage, we purchase items through our VA team. Those items are then reviewed by our reviewer and then purchased by our purchaser, and the items are then delivered to our warehouse where the items are then boxed and shipped to Amazon. All this happens now – unless there’s some issue in the pipeline – without us touching the item or ordering the item, which is great.

It’s 90-95% automated. We don’t really have to step in unless there’s something drastically gone wrong. It can run smoothly.

We spend about five hours a week in terms of working on the business. 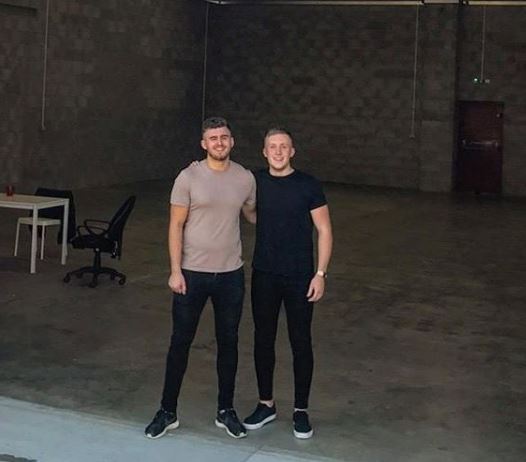 Q&A with Brandon and Izaak

How did you get into Amazon?

Brandon: Izaak heard about it working part-time with Gareth (Kev’s brother-in-law), and then Izaak told me about it. As soon as we heard about it, we did a little bit of research into it just to see what it was, to see the logistics of it. As soon as there was the potential to do something life-changing, we got started.

How did it go at the beginning when you first heard about it? Did you believe it? Did you maybe question if it was a real business or not?

Izaak: I can’t remember the exact timeline, but it was about three months from hearing about it to doing it. When you start, you just start running and the momentum builds and you don’t want to stop.

At the age of 19 when you started, you must have sacrificed a lot at the beginning, so what did your day look like at the time?

Izaak: Really early on it was a case of – we were both working full-time – so we would cross over and take turns if the other was working, so it was a case of just fitting Amazon around that.A few months passed, I quit my job and went to university so in the week I was in Leeds so at the weekends we would drive over to a nearby city and retail arbitrage there. We would only get back at about 6.00pm and then be boxing all the items up until two in the morning. That’s how we grew over Christmas, we just put ourselves in the position this year by sheer hard work.

You took massive action right at the beginning and sacrificed a lot. So when you first started bringing all these products home, what did your parents say to this?

Brandon: I didn’t actually tell them before. They were on holiday for about a week after we got back, so after we registered the business, the day after we went sourcing, they came back from their holiday and saw all the products. They didn’t really grasp how big it was going to be at the time. A few weeks later they saw the scale of it as it grew and grew and as the house got more cramped.

Izaak: By the time we’d moved to the warehouse, it was phenomenal. It was verging on ridiculous the way your house looked. By the time we left the bedroom, there were pallets in the driveway, the garage was full, the bedroom was full, there was stuff down the hallway. We both went in with everything we had. Time, money, everything. Everything else was put on hold.

What were the first steps you took in outsourcing?

Brandon: It was virtual assistants. Even before that, it wasn’t anything permanent. We had a couple of friends helping; we would just leverage however we could leverage some help.

Izaak: Then it was product sourcing VAs, and I think that’s probably the same for lots of online arbitraging. Sourcing is a very time-consuming task, as we all know, so to get out of doing that was good. We didn’t fully get out of doing that until about three or four months ago. We now have a VA manager who purchases for us, and we have a reviewer to review the items. There are more steps in the system and moving into the warehouse, prep stuff came hand in hand with that. Within a couple of weeks of moving in, we had our first employee that we saw face to face.

Related: Scale Your FBA Business With an Amazon Virtual Assistant

One of the things for anyone who is just getting started is they may not be aware of what this kind of business can look like in terms of structure. Did you have some sort of plan in the process?

Izaak: I think around the first time we got product sourcing VAs, it was very hectic. To be honest, it would be a lie to say there was a clear vision at the time. But as time went on, we then looked at what we were doing and looked at what we didn’t want to be doing, and obviously the two main things were purchasing and boxing. Then you break down the purchasing task into sourcing, reviewing and purchasing, and you find there’s a job role for each of those steps. In terms of boxing up, it was a case of either doing it ourselves or to get a warehouse because we were never going to be able to employ someone to work in a bedroom. That was the biggest plunge we took because that means employees, pensions, national insurance. It’s a whole other ball game to hiring VAs.

Being joint directors at your business, how’s the relationship been?

What’s the biggest piece of advice you could give to somebody about this business?

Brandon: Just do. Just take action, whether it’s on a micro-scale or on a macro scale. You know what it is that’s making you 80% of your income, so take action on that part and look to outsource tasks that you spend more time than you should on.

Izaak: Get clarity and take action. If you haven’t started, then start. Don’t think about it too much because if you spend too much time weighing it all up, there’s a chance you might not do it. If you have started, think big. Don’t think little. Plan ahead, get systems in place, look to outsource things.

Where do you see yourselves in five years?

Izaak: In five years I want to be a CEO of a public listed company. That’s my big goal; obviously a successful CEO, not just a CEO. It’s not my end goal because my end goal isn’t potentially business-related, it’s more of a feeling of fulfilment but that’s my five to ten-year goal. It’s not going to be an Amazon-related business; it’ll be something separate.

Brandon: Mine is to keep growing. In the next sort of five years, now I’ve got this extra time, I would mind travelling a bit, see things, learn more, and keep expanding and have my own businesses as well. I don’t know what in or anything but just keep – I love how much time you’ve got to think about things like that.