Q4, it’s one of the best letter/number combinations for an FBA seller. Q4 stands for the Fourth Quarter of sales for the year. In the business world, Q4 indicates the months of October, November, and December, but for the Amazon world, our biggest sales come in November, December and January.

Traditionally, when it comes to sales, Q4 brings a huge increase. It’s not a stretch to say that a person selling on Amazon could potentially triple or quadruple their payouts in Q4.  I’ve experienced Q4 five times as an Amazon seller, and I can testify to this.

In fact in 2012, I was awarded by Amazon as a Top Holiday Seller. This meant that my sales ranked in the top 25% of all Amazon sellers and my customer satisfaction ratings were excellent (A+) during that period. (Note, 2012 was the last time Amazon handed out this distinction).

Here are some thoughts I have as we are currently in Q4. These are suggestions that helped me get awarded Top Holiday Seller in 2012, and have caused me to increase my profits in every following Q4 since then. As always, there are exceptions to every suggestion, but overall, these are the Amazon sourcing strategies I put in place as we get closer and closer to Christmas.

1. Don’t lower all your prices to match the lowest price

Like many resellers, I reprice from time to time. With the number of sales on Amazon dramatically increasing in Q4, I know that the lower-priced competition will eventually sell out and my higher priced item will be there for the willing buyer.

This is the absolutely best time to wait and get the price you want. The only exception to this guideline is if your inventory happens to have a higher sales rank (say, above 300,000 for Toys & Games) AND you have a lot of competition that is priced much lower than you. In this case, I might price match the lowest priced competitor, especially if they have a lot in stock.

2. Raise prices on some items

Using the same thought process from above, I’ll raise my prices on some items that have really good and sustainable sales ranks. Also, when I’m first listing a product during Q4, I’ll price some of my items much higher than usual since I know the lower-priced competition will sell out soon. It sometimes surprises me, but when I take some time to raise the prices of some of my inventory, many of those items end up selling later that day.

3. Keep an eye on your most recent shipment of inventory

When I’m looking at my pending sales, I’m not just looking to see all of the awesome items I’ll be getting paid for, but I’m also looking for new sales of items that I just sent in to FBA. If something sells the day it hits the warehouse, then I might need to look at my price and make sure I’m priced competitively.

Many times during Q4, you might price an item on Monday when you ship it to Amazon, but when it gets checked in on Friday, there have been so many sales that the prices are now higher. If you get immediate sales, then check your prices… If you see that you are priced too low, raise your prices!

4. Keep an eye on multiple sales of the same item

Check your competition and then reprice if necessary.

When sourcing, it’s always a good idea to look at sales rank history when you’re making your buying decisions. When Q4 comes, I always buy items with a higher sales rank than I usually do. If my sales rank limit for the Toys & Games category was 150,000, then I may raise that limit to 250,000 in preparation for Q4.

Many items completely sell out on Amazon during Q4, so buyers start looking for other items that might not be as popular. Each category will be treated differently, but I always raise my sales rank limits for Q4.

If you have product sitting around your house that you haven’t sent to Amazon yet, send it in now! What are you waiting for? Check everywhere for products that you might have forgotten about. Look in your closets, your garage, in boxes, under your work table, etc. Products sitting around your house are not ever going to sell via FBA. Some people worry about Q4 storage fees, but honestly, if you expect an item to sell during November or December, send it in today!

BONUS TIP – January is one of the best times to sell on Amazon. People are returning the Christmas gifts they don’t want and will use that money to spend on what they really wanted. People also have Amazon gift cards that are burning a hole in their pockets. Because of these factors, sales in January are amazing. I’ve heard some sellers say that their January sales are almost as good as their December sales, though I have not experienced this yet. So continue to send inventory into Amazon! 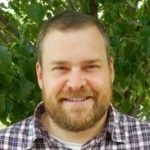 My name is Stephen, and I love my job! I get the honour of working for myself, at home. I’ve been using Amazon FBA since 2011 and have been able to completely support myself and my family almost from the beginning.

On my FBA blog, we talk about what it takes to make FBA a full-time job.
http://www.fulltimefba.com

Read more from this author: